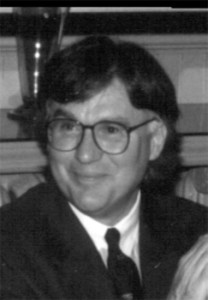 When American Express acquired the Robinson-Humphrey Company, of Atlanta, Georgia in 1982, Jonathan Pardee was offered the role of Director – National Sales and Marketing for Insurance and Mutual Funds at Shearson / American Express in Manhattan. Jonathan’s expertise was in the design and distribution of new financial products at a productivity rate that captured the imagination of the acquiring company, so he was invited to introduce his offerings through a cadre of internal wholesalers to Shearson’s 5,400 broker network.

Jonathan continued his innovation theme by next joining Colonial Funds in Boston, where he was the principal marketing architect of a joint venture between Colonial Funds and John Hancock called the “Liberty” variable annuity. This was, pardon the pun, a truly “revolutionary” offering, with an elegantly simple tag-line: No Front Load, No Back Load, No Current Income Tax, No Kidding..! The concept was imitated about five years later by Dreyfus Funds, but Colonial and Hancock were the leaders.

During his career of new financial product design, Jonathan could not help but notice that by the time a new concept was approved, prospectus written, broker training materials developed, sales materials and point-of-sale media prepared and blessed, the entire package was stale and dated. Suddenly, lightening struck, the internet became available to the public and Jonathan saw this opportunity clearly – MESSAGE TO THE WORLD, AT THE SPEED OF LIGHT, FOR VIRTUALLY NO COST.

While the earliest domainers were kids in their boxer shorts, surrounded by old pizza boxes, learning to become hackers, a slightly graying engineer, who appreciated the challenge of timely financial information, started to identify those areas where he had expertise and interest and began to acquire suites of premium financial domains for specific internet-driven business opportunities.

He bought his first domain name in 1995 and has continued to add opportunistically following the old adage: “Don’t wait to buy good real estate, buy it and then wait…”